This was the first time Topbuxus had seen the current state of the collection and although the plants are seriously underfed & fighting for space Topbuxus were confident that their regime would work.  In fact they were so confident they offered to supply free a years worth of their treatment to help bring the collection back to health.

Discussed best options for control of the weeds including spraying with a glyphosate based weed killer, but Topbuxus didn’t recommend it as they believe residues are left that harm the surrounding plants.  They recommended continual weeding helped by the application of their ‘Carpet’ product which they offered to supply some for free.  This was gratefully accepted.

EBTS UK confirmed it would fund some of the additional needs and Ashley said he would erect a fence around the area to stop dogs and other animals getting into the collection. 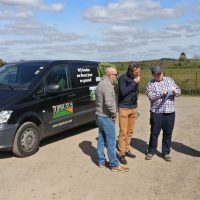 Andrew & Lena explain the site to Adrie & Wout from Topbuxus 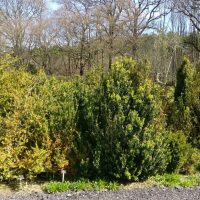 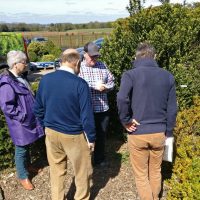 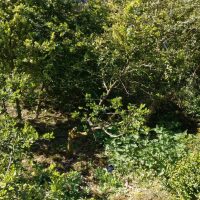 Hard to see some of the plants for the weeds 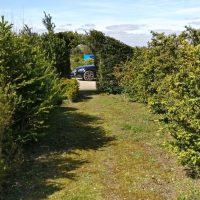 Looking back to the entrance 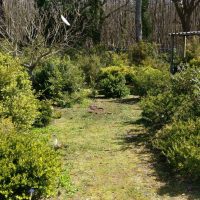 Looking from the entrance into the collection 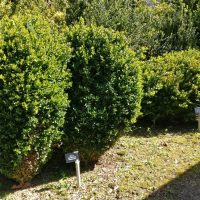 'Molesworth' before any treatment 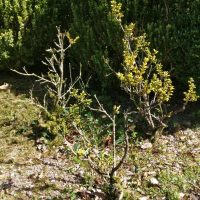 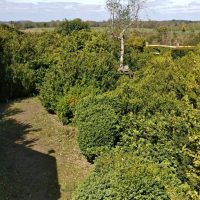 View across the collection 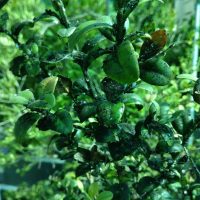 Serious issues with the plants in the tunnel 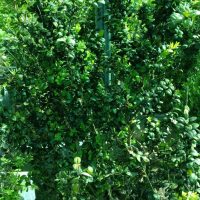 Tunnel plants are in containers

Take delivery of the Topbuxus products

Good & Not So Good