The hot weather of the last week or so was breaking and there was the possibility of rain later in the day.  So the plan on this visit was to weed and get the second application of Topbuxus Grow applied with the hope that the rain would water it in.

Since the last visit the buxus plants had put on a reasonably amount of growth and there were distinctly fewer yellow leaves on the plants.  Hopefully this is a sign that the feeding regime is beginning to have a positive affect on the collection after being neglected for a number of years.  However, the feed has also definitely helped the weeds, mainly nettles & brambles, which had grown up through the layer of Topbuxus Carpet which was applied in the last visit.

By the time we left the ‘Grow’ had been applied and huge bag of weeds had been removed and the sky was darkening – hopefully to deposit rain. 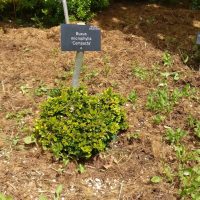 The 'mycrophilla Compacta' now looking more healthy but so are the weeds! 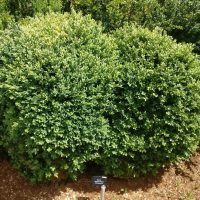 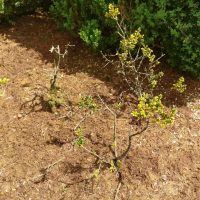 One of the yet to be identified plants showing some recovery, but the other behind it has lost the battle 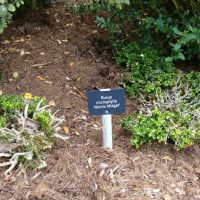 'Morris Midget' might be small but it is growing strongly 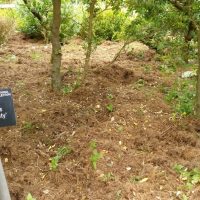 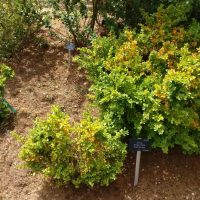 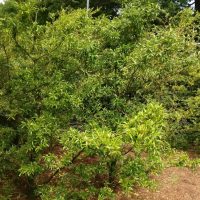 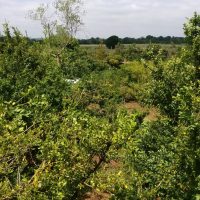 A sea of green rather than yellow and orange leaves 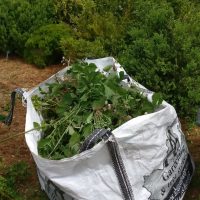 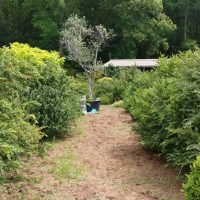 Topbuxus Carpet covering the main path and around the plants 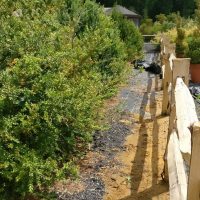 New wired fence is helping to keep animals out

Good & Not So Good