Plas Cadnant Estate is situated in a hidden valley alongside the Menai Strait on the Isle of Anglesey.  The house and gardens were developed at the beginning of the 19th Century before the construction of the bridges when the only access to the island was by ferry.

Plas Cadnant fell into steady decline following the Second World War and many areas had been untouched for over 70 years.

In 1996 the semi-derelict estate was purchased by EBTS Member Anthony Tavernor, a former dairy farmer from Staffordshire commenced a huge programme of restoring the historic buildings and gardens.  Large areas had disappeared under a dense canopy of self-seeded trees, laurel and wild rhododendron.  The Walled Garden and valley areas were only accessible with the use of a chainsaw.

In 2011 it was decided to open the Gardens to the public to help put them on a sustainable footing as the Gardens are privately financed. 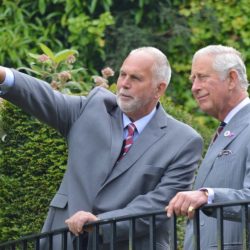 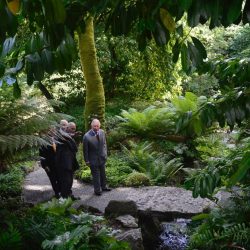 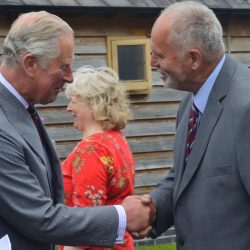 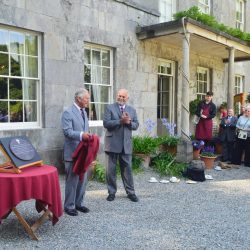 During the early hours of Boxing Day 2015, like many areas of the country, very high levels of rainfall fell onto the already saturated land.  The water from the surrounding fields washed into the Gardens below, existing outlets were soon overwhelmed.  This caused the 200 year old wall, which had survived until now without harm, acted as a dam and caused the Walled Garden to fill with flood water.  Finally the bottom section of the wall breached. A massive torrent of water and rocks, surged down the through the Valley Gardens, destroying everything in its path and carrying two stone obelisks and the newly installed ‘eye catcher’ bench with it.

Following the devastating flood the wall has been rebuilt, civil engineers designed the replacement to cope with any future flooding; extra openings have been incorporated into the wall to release any excess water.  The gardens that had been washed away have now been restored, it has been a challenge logistically as the only access to the site is through a small doorway and along narrow pathways, impossible for large machinery.  Being an historic garden it was important to ensure that the work was carried out in a sensitive manner to respect the character and history of the site.

In July of 2017 Plas Cadnant was visited by HRH Prince of Wales.  HRH was taken on a private tour of the gardens where he met many of those involved in restoring the gardens, before and after the flood.  He also planted an Acer ‘Seiryu’ to replace one lost in the flood before attending a reception with Plas Cadnant staff, volunteers, supporters and dignitaries.