Open Letter to the Director General of the National Trust

EBTS visits many gardens, large and small, private and public and we almost always come away impressed by the dedication if the gardeners to the plants in their care.  It is therefore highly significant that on leaving the Ickworth Estate, visited as part of our 2017 Gardens in East Anglia trip, our group was upset by the plans outlined by the Outdoors Manager, Sean Reid.  These plans meant removing 200 year old boxwood hedging and replacing it with imported yew trees and then potentially rolling out this plan to other NT properties.  Not a strategy any of us expected to hear from the nations organisation responsible for the heritage of our country.

At the time we said we would be writing to the Director General of the National Trust to express our objections to the strategy being adopted.  After much consideration, the letter shown below has now been sent with  copies to the RHS & Kew Gardens.

EBTS UK hopes the National Trust’s new Director General, Hilary McGrady, will listen both to members and to the Society and reconsider the strategy. 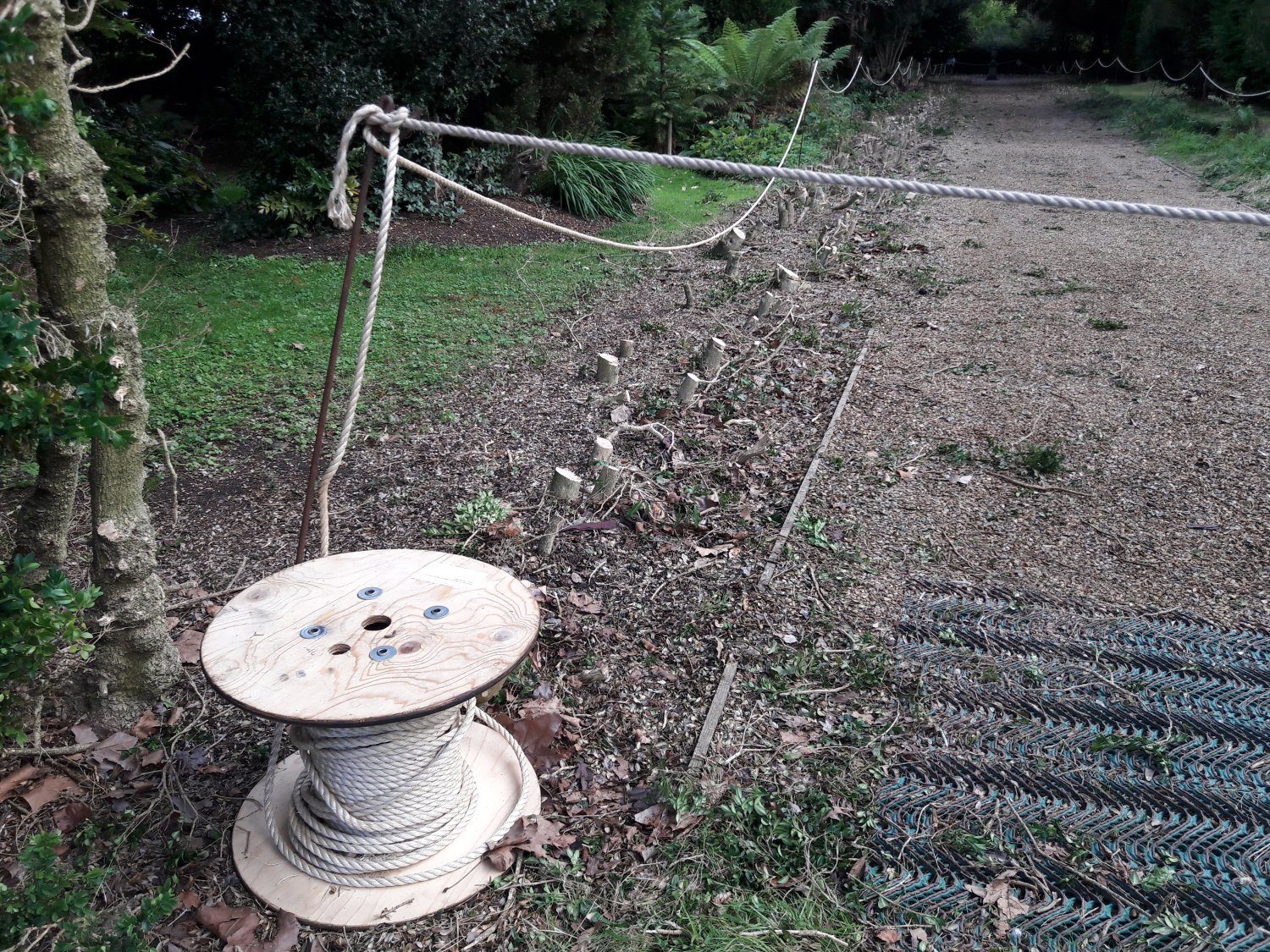 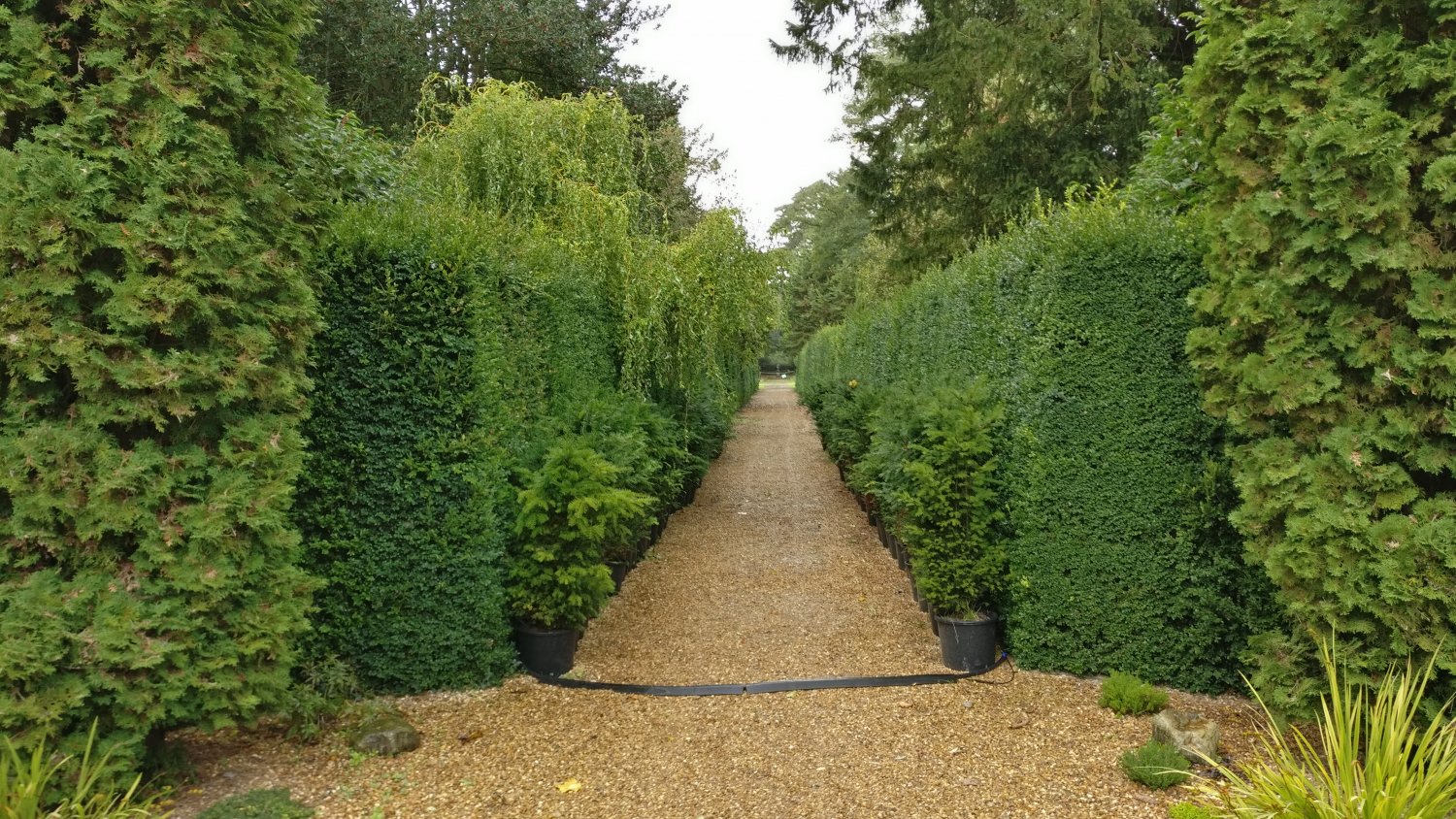 I am writing on behalf of the membership of the European Boxwood & Topiary Society (EBTS) in the UK.  In September we visited the National Trust’s Ickworth gardens and were given a tour by Sean Reid, Outdoors Manager.  Our group were told about the problems faced by the boxwood plants due to blight, the loss of National Collection status and the active plans to remove and replace a large proportion of the gardens’ heritage architectural boxwood with imported Dutch Yew.  Many members came away unconvinced & incensed by the explanations and reasoning Sean had outlined.  Some of the boxwood hedging that had been grubbed out was over 200-years-old and formed the core structure of the Ickworth garden design.  In addition to this, he explained there was no strategy for maintaining the health of remaining plants, a decision that is bound to mean the plants end up being removed as all plants need care and support (this also contradicts the NT website page on blight at Ickworth).  Worse still he said that this plan was being considered as the blue print for other NT gardens.

There was also another underlying & disturbing message in what Sean had to say.  Even with footfall increasing there weren’t funds to spray/feed/maintain the boxwood plants and there was a sense that it is more important to keep areas open rather than be historically correct.  He implied there was capital budget for short term fixes such as replacing ancient box with imported yew, but not revenue to look after existing plants.  This is a short-term view/fix given the yew will also need maintaining and may well be hit with pest & disease in the coming years.  The replacement of the existing boxwood affected by blight (although not visible to the public) with yew is described on the ‘A’ board as ‘restoring the grade 1 listed formal gardens’ and was further trivialised by suggesting that eating 200 scones will fund 1 metre of hedging.  It is near impossible to understand how replacing one plant with an entirely different (& historically incorrect) plant can be described as restoration in a Grade 1 listed garden.

EBTS does not believe this strategy of boxwood removal is correct either on plant health grounds or preservation of our garden heritage and strongly urges the National Trust and its advisers at the RHS to reconsider its long-term plans.

We live in a world with high volume globalised transport and trading links which means every supermarket bunch of flowers grown in Kenya or tray of fruit from South America, potentially harbours fungal strains or insect larvae that will end up on a compost heap, the contents of which will then be distributed further.  Global warming is allowing new pathogens to be accommodated in the garden and natural environments in places not previously affected.  We are already seeing trees around the world from the UK’s ash, oaks, horse chestnuts & elm to olive trees in Spain and southern Italy & pine trees in Japan being decimated by pests and diseases.  New proactive management strategies geared to these increasing problems are needed, these need to be based around coping policies not removal and replacement.

We recognise that all gardens are an artifice.  They are not, in the ecological sense, nature but exotic man-created collections of plants surviving outside their own native ecological realms in which their adaptation for successful survival and procreation occurs.  Plants now need robust and sustainable management techniques which recognise their dependency on us as humans for their survival.

The good news is that new boxwood management products are currently being trialled by many UK gardeners, both professional and amateur, with very good results.  They are being developed in countries around the world, to ensure that box remains the stalwart and primary gardening shrub.  Our Society’s members, in both large and small gardens, have been working successfully with a range of the products.  We feel these new solutions should be considered for future policy decisions, particularly as we are all no longer dealing with the static, benign environment of the past centuries, but a new unstable garden and farming ecology.

We ask that the National Trust as a standard bearer of best heritage management practices, and as the champion of our garden heritage, to stay with boxwood, while new stratagems for its management are being formulated, tried and perfected.  Prospects are good, including blight resistance plants, hopefully just a couple of years away from general release.

With most heritage gardens across Europe dependent on box for their beauty, we need to protect it so that we preserve the form and structure of the designed layouts in the same way that historic buildings are maintained.  It is unthinkable that the NT would replace parts of a building that were affected by pests with an entirely different material to the original, this must apply to the gardens as well.

The NT, with its global visibility, should be marshalling large companies to support a process of ongoing experiments to save this important element in our historic gardening heritage.  In doing so it is a splendid opportunity for positive publicity payback for both the Trust and the companies involved, demonstrating community responsibility with a high element of public amenity benefit.  Surely this is better than having to explain to the public why an organisation, responsible for the UK’s heritage, is ripping out ancient plants and replacing them with imported & historically incorrect plants?

EBTS would welcome the opportunity to discuss with the National Trust it’s future plans for Ickworth and other gardens containing significant boxwood with a view to moving policy towards coping with change and educating the public on what they are seeing where pests or diseases are visible but controlled.